To share your memory on the wall of Lawrence Bonacquisti, sign in using one of the following options:

In keeping with Larry’s wishes there will be no calling hours.
Burial is private at St.Columba Cemetery, Caledonia, New York.A celebration of his life will be held in the early Summer. Memorials can be made in his name to The Michael Napoleon Foundation. (WWW.Michaelshope.org) P.O. Box. 267 Batavia, NY 14021
Read Less

We encourage you to share your most beloved memories of Lawrence here, so that the family and other loved ones can always see it. You can upload cherished photographs, or share your favorite stories, and can even comment on those shared by others.

Posted Jan 16, 2020 at 09:10am
I have had the luxury of teaching and coaching with Larry at YCS. Listening to him in the faculty room taught me much of the workings of the educational system in New York State as well as at York. Coaching with him in modified football, he was one of my early mentors. Every day I tried to tap into his wealth of knowledge. Certainly, God will have a special place for him. My thoughts and prayers are with the Bonacquisti family at this time. Andy Fusco YCS. math retired
Comment Share
Share via: 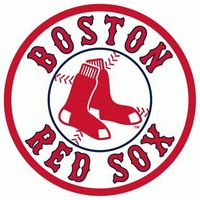