To share your memory on the wall of John Kemp, sign in using one of the following options:

Provide comfort for the family of John Kemp with a meaningful gesture of sympathy.

•Retired president, MACK Real Estate
•Retired supervisor Town of LeRoy
•Kemp brought LeRoy a source of water that, for the first time, could be controlled by the town
Stafford

•Retired president, MACK Real Estate
•Retired supervisor Town of LeRoy
•Kemp brought LeRoy a source of water that, for the first time, could be controlled by the town
•Kemp’s leadership on the board left the Town in unusually solid fiscal condition in 1999

The son of John M Kemp and Carmel Rose “Queenie” Philibin, John grew up in LeRoy, and moved to Stafford with his family in 1957. He studied business courses, both at Notre Dame High School and The University of Mississippi.

In 1968, he joined David Graham and Gerald Perkins in buying Mack Real Estate, Inc. from Margaret Mack; and 20 years later bought out Graham and Perkins to become the firm’s sole owner. Popular among his peers, he also served one term as president of the Livingston County Board of Realtors.

After serving two years as a LeRoy Town Council member, John was elected Supervisor of that body for two terms. When he retired in 1999, one of his board members said:
“He liberated the Town from the Village’s control of the water... and left the Town essentially debt free, with money in the bank.”

John also held positions as both town of Stafford and County of Genesee Republican Committeeman.

To his children, John was a combination of inspiration, love, and entertainment. They were proud of his success. They were comforted by his attention and warmth. And they were lifted up by his uncanny wit and his ability to find a humorous side to almost any situation. They treasured him.

He had an apparent heart attack in the middle of the night at his home in Stafford, and died peacefully in his sleep. In addition to his three children and their spouses, he is survived by his eight grandchildren (Carson, Emma, and Madison Kemp; Madeleine, Maeve, and Meara O’Shea; Quinn and Jack Baigrie) his sister, Mary Catherine (Lawlor Quinlan) Bluffton SC, and six Quinlan nieces and nephews, all of whom absolutely loved their “Uncle Johnny”.

To respect social distancing, there will be no viewing or visiting hours; a funeral will be arranged as the situation permits sometime this summer. Arrangements Cameron Brady & Steuber Funeral Home 111 Wolcott St. LeRoy NY. To share a memory or leave a condolence please visit Leroyfuneralhome.com
Read Less

We encourage you to share your most beloved memories of John here, so that the family and other loved ones can always see it. You can upload cherished photographs, or share your favorite stories, and can even comment on those shared by others.

Plant a Tree in Memory of John
Plant a tree
0 trees have been planted in memory of John T. Kemp

Posted May 12, 2020 at 08:07pm
John was a wonderful guy, i looked forward to seeing him. He had the ability to make everyone feel special I will never forget that or him. Rest well my friend.
Comment Share
Share via:
BW

Posted May 11, 2020 at 11:35pm
I worked with John, first as a Realtor for him and than a Mortgage Consultant. Always a Pure Gentleman, always made you laugh and just the nicest person you could meet.
Comment Share
Share via:
RP

Posted May 10, 2020 at 07:09am
We spent many hours at the farm, sitting at the kitchen table . You will be missed. Love and prayers for the family. 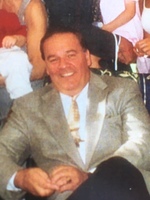